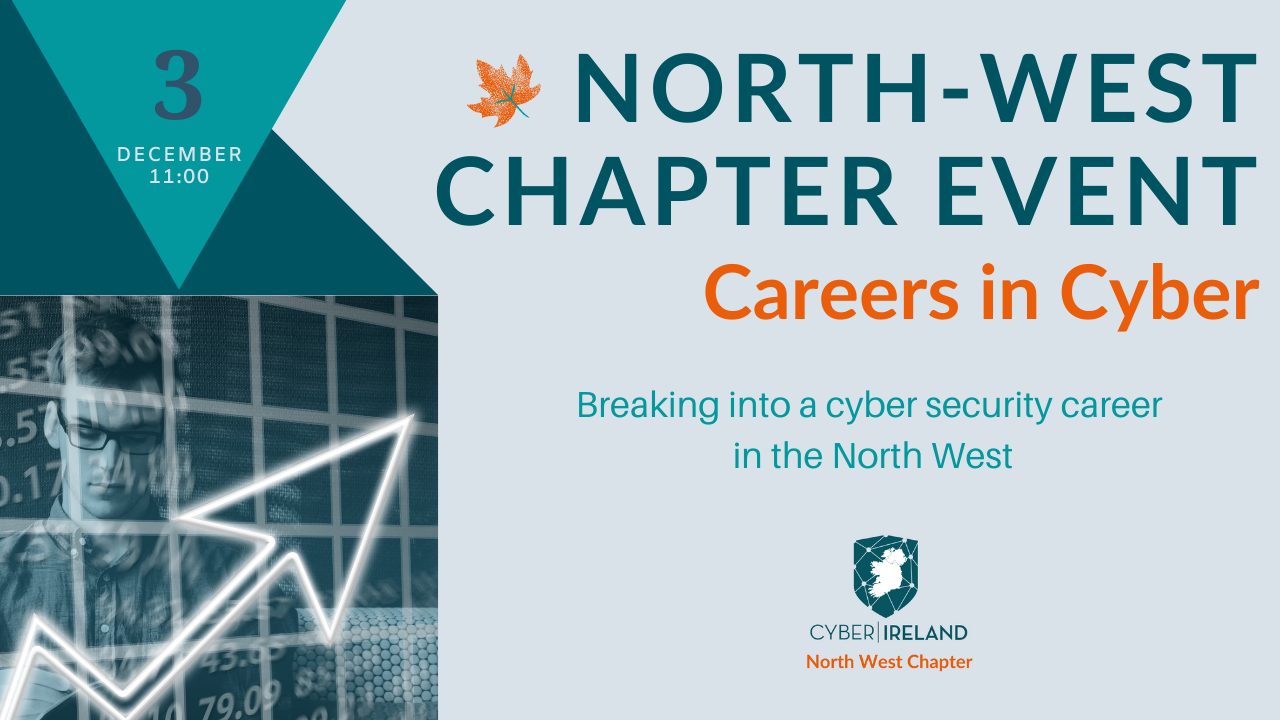 Following on from the very successful virtual launch of the North West Chapter in November and after reviewing the feedback given during the launch event, we decided to theme our first North West Chapter event around careers in Cyber Security.

In this event we heard from a number of speakers with diverse backgrounds and from different sectors of Cyber Security describing their career journey to-date.

We also had a very engaging panel discussion moderated by Veronica Rogers, Lecturer in IT Sligo and NW Chapter Lead where representatives from training providers will give an insight into different Cyber Security training paths available in the North West.

To kick off the event Veronica provided a quick recap on the launch event in November and then walked through the results of the survey which was run as part of the launch event. 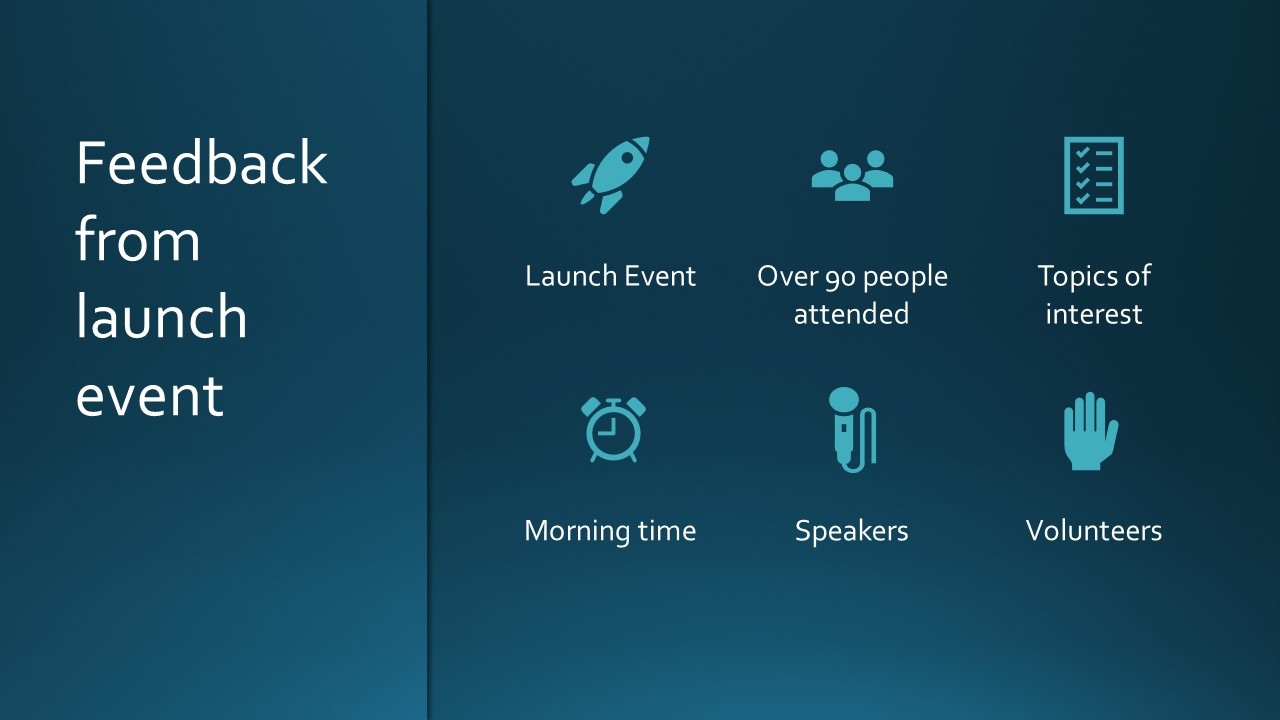 Veronica also covered some of the theme’s that had come out of the survey such as Cloud Computing, the Human Element of Security (Awareness, Privacy, Org Structure, Risk Management) and Incident Response Handling. Some specific focus areas also emerged from the survey and those were:

Veronica concluded by saying that the Chapter will work on incorporating these topics/themes into future events and activities.

The first career story we heard was from Virginia Lee who is Cyber Security Manager – DevSecOps at Pramerica in Letterkenny. Virginia took us through her journey which started out as a developer writing VB6.0 applications while she travelled in Australia to her current role managing the DevSecOps team in Pramerica.

Virginia talked about the lack of gender balance in the industry throughout her career even though she feels there is something for everyone in the industry given the broad range of roles available. She encouraged anyone interested in getting into the industry not to be put off by job specs and certification requirements as there’s a shortage of Cyber professionals so take a chance and apply. The hiring manager might see something on your profile that fits the role and the other skills can be learned on the job. Virginia related this to her own journey where she moved from a development role into Cyber Security and was able to build her domain knowledge through certifications such as CISM, CEH and Security+.

The second career story we heard was from Finbar Jackson – Manufacturing Systems Cyber Security Specialist at AbbVie in Sligo. Finbar shared that he remembers the day and date he decided to move into Cyber Security after a 30 year career working in Industrial Automation. That date was the 26th June 2017 which is the date that WannaCry emerged which was a wake-up call for the industry and for Finbar given some of the organisations that it impacted and the systems that were being impacted were systems that Finbar was supporting in his role.

In 2017 Finbar started a Master in Applied Cyber Security through Blanchardstown IT (now part of TU Dublin) and has since gone on to complete some additional certifications in the area such as ISA 62443. The advice Finbar offered was that if you are interested in the area, there is a huge amount of information freely available to consume and help provide a grounding. Following on from that there are great supports available to pursue an academic qualification and once working in a specific area look to some of the industry certifications.

Stef shared that she too came into the industry via a circuitous route. After completing her undergraduate degree in history (and post-grad in law) she started her career working for a large telecoms company and they were looking to gain ISO 27001 certification. There was a gap on the project team at the time for someone to help as a risk coordinator and Stef put up her hand for the role. That role allowed her to learn about what information security certification involved and the various components of a security program.

Stef echoed the advice provided by Virginia, and encouraged people not to be afraid to pursue a career in Cyber just because you don’t have a technical grounding in the area. She reiterated that it is a really broad field and there are loads of jobs available within it. Stef also offered that alongside the academic route or the industry certifications it’s also really important to focus on soft skills which is so important when it comes to explaining or contextualising Cyber Security to an audience (e.g. business leaders) that may not be technical.

The event also included a panel discussion with key stakeholders from education and training providers in the region and this was moderated by Veronica. The panel consisted of:

It was an interesting and engaging session focusing on the different training and education offerings available in the North West, more info is available on the Cyber Ireland course finder.

If you missed the event, watch the replay on our YouTube channel.

This site uses Akismet to reduce spam. Learn how your comment data is processed.